For the past three years, I’ve been holding a grudge. I have tried to rid myself of it, I really have.
I went for the straightforward approach first. You know, the grown-up schtick, where I talked directly to the person, suggesting we just forget “The Thing” happened and move on. It did not go well, I think because this method of conflict resolution requires not only that I forget the unforgettable, but that the other person admits that “The Thing” actually happened at all, which I think is the first, and most important step to forgetting “The Thing.”

I went to plan B.

“Kill them with kindness,” was what a good friend told me to do, and though I’m sure that works for some people, when I am in full on grudge holding mode, it’s just not a realistic approach.

(Let me just say that it’s super tempting to tell you “The Thing” right now, because there’s nothing a grudge holder (me) loves more than nice people(you) saying they are right. I want to share the whole story so your jaw can drop and you can tell me that it’s totally ok that I can’t forget “The Thing”, who could, after all? So hungry is my grudge for validation, that I am actually walking away from my computer right now, so that I don’t go there.)

As time passed, and my grudge still nagged at me, I decided to do a little research. Tich Naht Han wrote a whole book on anger. In it, he suggests we “take care of” our anger:

“Anger is like a howling baby, suffering and crying.
Your anger is your baby. The baby needs his mother
to embrace him. You are the mother.
Embrace your baby.”

The idea of embracing my feisty little anger-baby, stroking it and singing it Beatle’s songs, sounded like a nice change, but also kind of creeped me out, though I can’t exactly say why.

I decided to give it my own spin and, with props to Tich Naht Han for the inspiration, came up with this mini-meditation hack for when you can’t let go of being pissed. (It’s similar to another one I wrote about here, for when I’m anxious. Good times!) Feel free to play along:

First, I close my eyes and imagine my grudge. Not the person I’m holding it against, but the actual anger, the whole fiery, dangerous, white hot thing. My grudge is roughly the size of my son’s Nerf basketball, or one of those mini-watermelons that seem like a good idea, but are totally not worth the money. Anyhooo…

I hold it in my hands and see that it is beautiful,

orange and red and yellow.

I feel its warmth.

I don’t try to cool it down or make it smaller.

I don’t try to make it be nice.

I take care of it.

Holding it in my hands reminds me that it isn’t part of me, it’s a thing I am holding:

I could choose to put it down, if I wanted to. But for now, I don’t.

I am a beginner person.

(If you are doing this meditation and decide to put your grudge down, you are doing way better at life than me. Please leave your tips and suggestions in the comments section, following this post. Thank you.)

So, that’s pretty much it. After that meditation, a few deep breaths, and a piece of cheese, I feel so much better. It gives me a bit of relief from that feeling that my grudge is controlling me.

And reminds me that I could, if I wanted, put it down.

Meanwhile, back in the real world, it’s looking like I might have to spend some time this summer, in a small group setting, with the person against whom I am holding my grudge.

Some friends have said that this is The Universe offering an opportunity for forgiveness and healing. To them, I say, with great affection, “bitch, please.”

What I actually say is that maybe they are right, but in that case The Universe is going to be sorely disappointed because I don’t know how to forgive this person. Like reading the Qur’an, or toning my upper arms, if it was that easy, I would have done it by now.

So here’s my plan: I’m going to take my grudge along with me this summer. I’m going to wrap it safely in its own cozy little beach towel and let it ride shotgun with me, heading North on the 101 freeway.

Because grudges are needy, it will need lots of help applying sunscreen and want the crusts  cut off it’s sandwiches. It will demand the radio be tuned to it’s favorite station,

AM talk radio, of course.

I’ll give it all these things because, even though this grudge weighs me down, and has hijacked a tiny corner of my brain, when I have exactly no corners to spare, it also means well. It doesn’t want me to feel the pain of “The Thing” that happened, so instead,

it makes me feel

It’s possible that eventually my grudge’s needs will get to be too much, and it just won’t be worth it anymore. One day, when it doesn’t feel so goddamn important to be so very-all-the-time right, I might decide to pull over and leave it on the side of the road.

I’ll give it a juice box and wave good-bye, watching it in my rear view mirror, red hot, beautiful, and smiling.

And I’ll head to the beach,

just in time for the sunset. 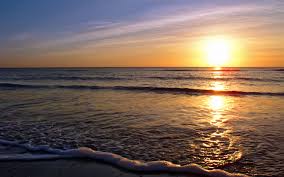 PS–Even with my handy meditation, I do still have a few questions, which I’ve listed below. If you have answers, please advise.

1) Is it my responsibility, as a grown-up, to forgive this person?

2) If I don’t forgive this person, will The Universe keep making me run into them at Trader Joe’s?

3) Why is The Universe such an asshole sometimes?

4) Do you have a grudge success story? Share it here!

One thought on “Holding On To My Grudge”